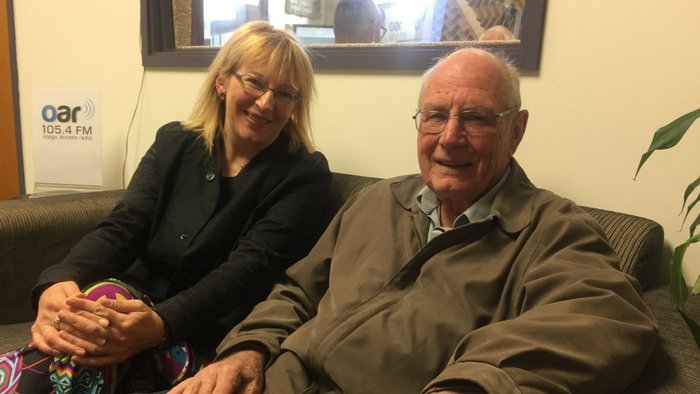 The Otago Peninsula Trust’s 50th Anniversary year promises a golden opportunity to share the beauty, history and character of the peninsula, with a new radio series at the centre of the celebrations.

Ms Barker, a self-described “peninsula girl”, said the time was ripe to reflect on the achievements of the Trust, which was formed in 1967 as the first charitable conservation trust in New Zealand.

“These were some keen young men and women who saw the potential for Dunedin in celebrating its heritage and developing opportunities for the visitor industry.

“Their first task was to save Glenfalloch, which was under threat of subdivision. But they were also interested in the wildlife on the peninsula and opened the first public access to view albatross, as well as working on viewing points for the yellow-eyed penguin. They had a huge number of ideas.”

The radio series would open with stories of the Trust’s earliest achievements and would include interviews with such stalwarts as Bill Dawson, who had volunteered his time with the Trust since its inception. Later episodes would explore more recent projects and include conversations with some of the school-aged children who were the “next generation” of the peninsula’s guardians.

“This series will be a really valuable resource. There are so many personal stories to tell, about people who care deeply for Otago Peninsula. We’re looking forward to sharing them on the radio show and through podcasts that can be listened to in your car or at home.”

Those sharing a 50th birthday with the Trust in 2017 were line for some extra treats.

“We’ll be announcing some 50 percent discounts for various peninsula attractions, so people should check out the Otago Peninsula Trust website for news so everything we have planned.”

Peninsula People airs Fridays at noon and Sundays at 7.30pm on OAR 105.4FM and 1575AM, and live and podcast from this webiste