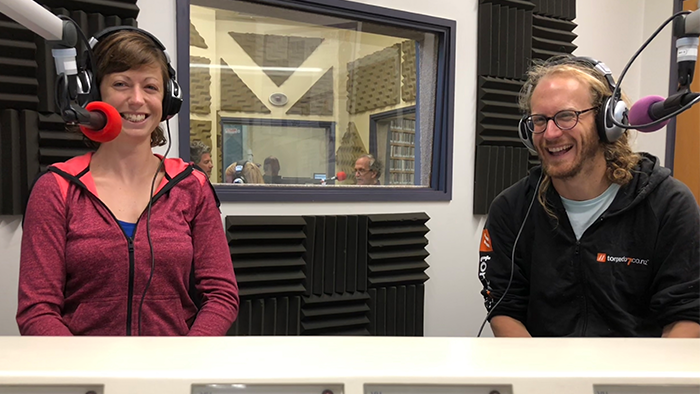 A series of podcasts exploring our relationship with local wildlife is complementing the Wild Dunedin Festival that launches in Dunedin tomorrow.

Wild Dunedin Podcasts are the brainchild of Otago Museum science communicator Claire Concannon and University of Otago conservation biologist Jamie McAulay. The episodes air on OAR FM Dunedin and can be downloaded from the station’s website and several other podcast platforms.

Mr McAulay said the pair were “blown away” by last year’s Wild Dunedin festival and decided to seek the festival’s support to create an audio resource for this year’s events.

“We’re both big fans of well-produced podcasts where you can tell a story quite carefully, in a narrative kind of way. So we have a pretty open approach to how we do that, using sound effects, voice and music.”

University researchers and local wildlife experts had contributed to conversations over the six-episode series and had assisted with sourcing soundbites, such as bird and animal calls. Dunedin-based musician and educator Molly Devine had composed instrumental pieces for use as an ethereal backdrop to stories of the natural world.

Ms Concannon said there was a wealth of relevant knowledge that could be tapped into to promote interest in the flora and fauna of Dunedin. The podcast series and the Wild Dunedin festival were designed to encourage locals to better appreciate the “huge diversity at our doorstep”.

“The idea is to get the local community to fully embrace this incredible wildlife that’s around us, and also to understand what the wildlife needs from us so that we can share this space.”

Topics for Wild Dunedin Podcasts included migratory journeys, the work of Predator Free Dunedin, the prospect of southern right whales returning to Otago Harbour, sea lions of the Otago Peninsula, and the endemic plants and other “little things” often ignored.

Gecko smuggling would also get a mention, said Mr McAulay.

“We tell a story of why people are wanting to put these geckos in their undies and fly around the world with them.”

Wild Dunedin Podcasts air on Tuesdays at 3pm and Sundays at 6pm on OAR FM Dunedin 105.4FM and 1575AM.