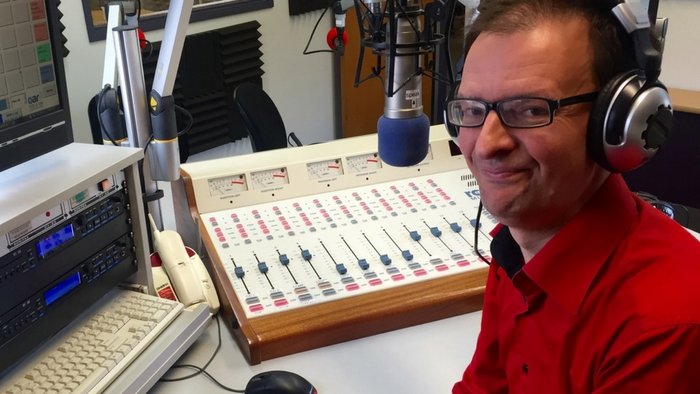 The latest volunteer broadcaster to join the stable of music show hosts on Otago Access Radio (OAR FM) is drawing inspiration from the man who has been described one of the most important men in music.

BBC Radio 1 DJ John Peel, who died in 2004, was instrumental in the promotion of new forms of music, from indie rock and punk to electronic music and hip hop. Stephen Neal, host of OAR FM show Blip In The System (Fridays, 6pm-7pm) was a regular listener to Peel’s programme while resident in the UK and plans to echo its eclectic sound in his own show.

Mr Neal, who settled in Dunedin three years ago, was schooled in the alternative music of the eighties and nineties, regularly attending gigs by the likes of Siouxsie and the Banshees and Morrissey. Radio played a complementary role in his developing interest as he searched for music that was “unique or unusual”.

“John Peel brought a lot of new music to me, things that I might never have heard about otherwise,” he said.

“I recently read an excellent book about him, Goodnight and Good Riddance by David Cavanagh, which directly inspired me to make my own radio show and play some of the music I’m passionate about.”

Peel’s commitment to featuring new artists on his programme, and the subsequent boost that gave to many careers, said much about the power of radio, Mr Neal said. Blip In The System would provide a similar gateway for up-and-coming Dunedin bands, and Mr Neal would welcome suggestions from listeners about acts he should check out.

“New Zealand music history is something I’m still learning about, and that’s one of the fascinating things about moving somewhere else in the world. It really broadens your horizons.”

The show title recognised that most people were in some way part of many social structures, and that “it’s lovely when that gets a little transposed or interrupted.”

“In whatever way, you’re part of a system you have to be part of. I hope to get you out of that at the end of the working week by offering some new sounds.”