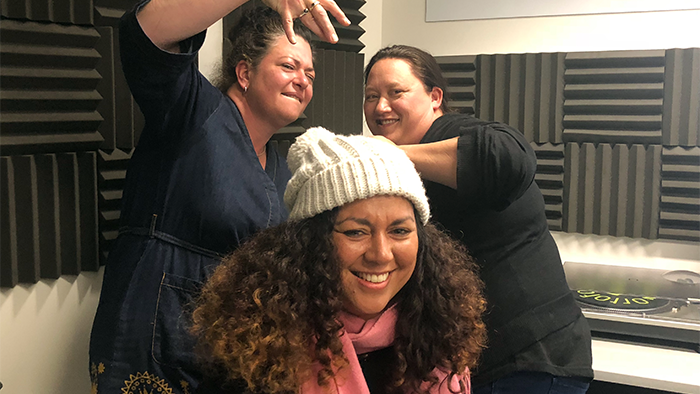 Three Dunedin women are exploring the connections between creativity, technology and the indigenous world in a multi-platform programme that taps into their collective interests in music and the arts.

The programme is broadcast and podcast from OAR FM Dunedin, and via vlog (video blog) from YouTube.

The show’s hosts believed the perspectives of Maori and Pacific Island women were missing from mainstream coverage of the arts. Stimulated by their own regular conversations on the topic, they successfully sought funding support from Ministry for Culture and Heritage’s Suffrage 125 initiative to create a mechanism for wider discussion.

Ms Kewene-Doig said it was important to make the show accessible, hence the decision to use video and audio platforms.

“We’re interested in unique views of what is happening in the world,” she said.

“Between us, we have the technical expertise to not only talk about these things but to show what we’re talking about, in as many cool ways as we can.”

Ms Hundleby said contributions from the programme’s audience were welcomed.

“The vlog enables us to get a response back from people. We really encourage people to engage with us and tell us their stories, to help build this discussion further.

“Culturally, multiple views within the collective is what we try to reproduce in another way, using technology.”

The next edition of Natives Be Woke: Taihoa E Hoa airs on Saturday 8 December at 2pm on OAR 105.4FM and 1575AM, with podcasts available from oar.org.nz, Google podcasts and Apple podcasts.