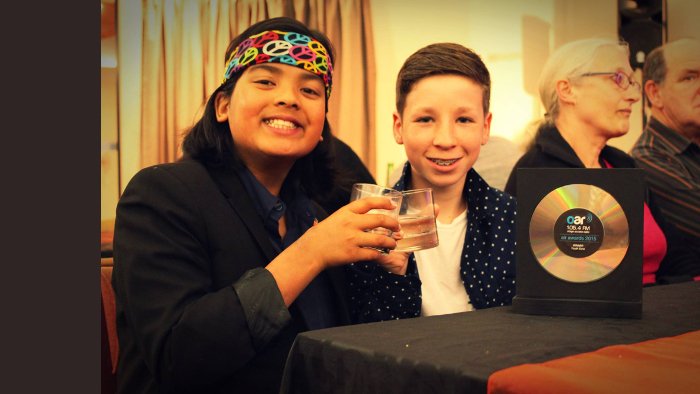 Daniel Tucker (12) and Jayden “TJ” Jesudhass (11) host Global Kids NZ which airs on the station’s Youth Zone each Wednesday at 4pm. The programme featured interviews, stories and music, with an emphasis on cultural diversity.
An audience of more than 110 gathered to celebrate the achievements of the station’s 180 locally-based volunteer broadcasters, and were entertained by the Otago-Southland Chinese Association Lion Dancers.
Public Service Association assistant secretary Jeff Osborne presented the PSA Supreme Award trophy and cash prize to Daniel and Jayden, whose programme was described as ambitious and impressive by the awards judging panel.