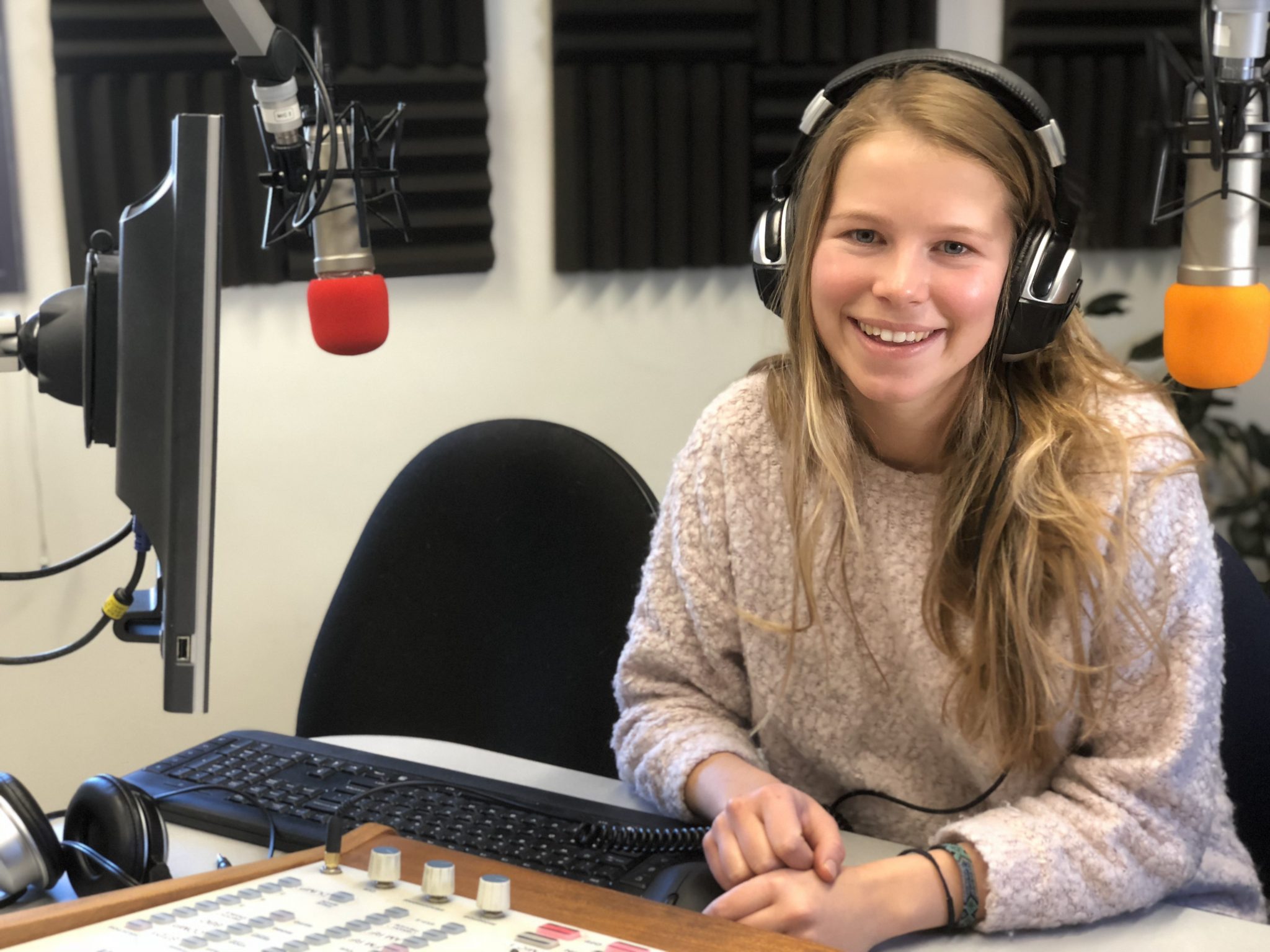 The University of Otago student of Communication Studies is working two half-days a week at the community access station for one semester, as part of a Humanities division internship that provides opportunities to make connections with employers and gain valuable workplace experience.

Sofie, who hails from Haugesund on the southwest coast of Norway, is developing two short series for broadcast and podcast, the first of which will compare aspects of Norwegian and New Zealand culture.

“People have a lot of funny perceptions about Norway,” she said.

“People think that polar bears are walking the streets and there is always snow everywhere. Neither of those things are true.”

The two-episode programme Far North would include interviews with Sofie’s Dunedin-based Norwegian colleagues, as well as a New Zealand friend who had relocated to Norway. Topics would include the challenges and successes associated with studying in a foreign land, and aspects of Dunedin life that contrast with those of their homeland.

“I’m also really keen to play some of the music that I love. It’s great to have a platform to introduce people to artists they probably have not heard.”

A broadcast and podcast series on contemporary women’s experience of the media would follow.

“The first thing I want to cover is women’s relationship with sport, how it is covered differently in the media, and how I have personally experienced prejudice as a woman involved in a lot of sports.”

Studying in Dunedin and returning home for the holidays had allowed Ms Hagland Borseth to experience two winters each year, something she relished as a keen snowboarder.

“I love how easy it is to get out and about in Dunedin because there are always so many people who are keen to go on outdoor adventures.”

Far North podcasts are available from oar.org.nz and Apple Podcasts.