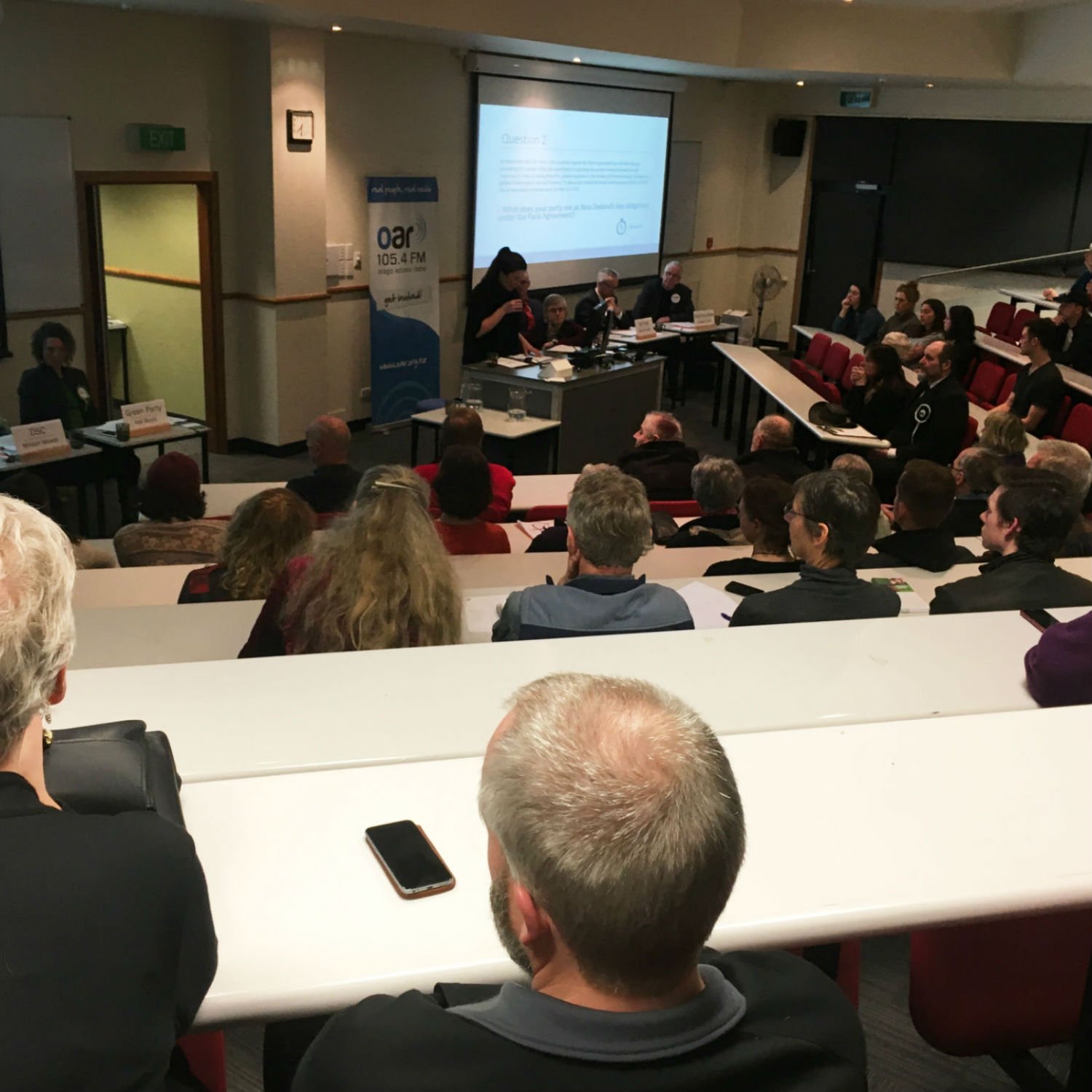 The forum is podcasts in its entirety. In this debate, representatives from four political parties discussed issues relevant to young people in Dunedin.

For more information on the Dunedin Youth Council, check out their Facebook Page

In this special event broadcast we bring you coverage of the ‘Election Forum on Climate Change and Environmental Issues’, held at the Otago Polytechnic on Wednesday the 6th of September.

This event was organised by Sustainable Dunedin City and Chaired by Jinty MacTavish.