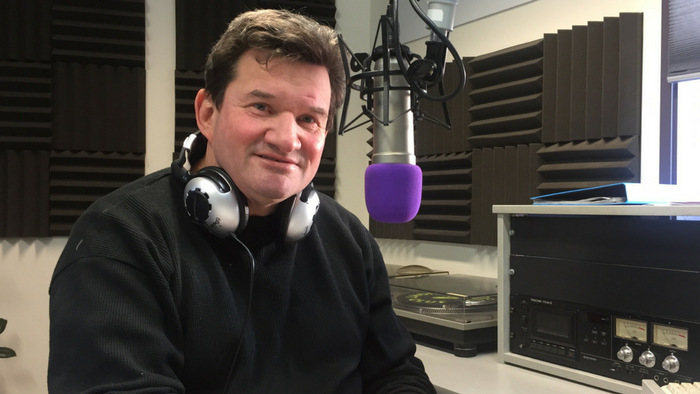 The love of new music has lured Dunedin man Alistair Addis back to the Otago Access Radio airwaves after a year-long break.

Alastair presents Fine Tune, a programme of World music, jazz, acoustic pop and rock, every Saturday evening. The former host of OAR FM’s An Aural Adventure has tweaked the formula, broadening the style of music covered and shifting to a two-hour format.

He said his time off from presenting a radio show had made him “lazy” in his search for new music.

“I really missed being on the radio, and I was finding that I wasn’t spending the time keeping up with fresh releases.

“I like to help as much as I can to get new music heard by other people.”

Alastair’s appreciation for World music had developed while he was living in Australia. Regular attendance at the WOMADelaide festival had opened his ears to the “amazing” production and “feel” of the work of many international artists.

A sunset performance by Tinariwen, the Grammy Award-winning group of Tuareg musicians from the Sahara Desert region of northern Mali, had been “sublime”, while Portuguese singer Maritza had dominated the stage with her take on traditional Fado music, he said.

A stint running a music store in Dunedin had been the fulfilment of a boyhood dream for Alistair and had furthered his interest in recordings by lesser-known artists. It had also kept him up to the play with developments on the Dunedin music scene, ensuring his radio shows included a sprinkling of local releases.

Listeners to Fine Tune could expect each edition to “start gently” and build steadily to a second hour that featured more rock-oriented or faster-paced tracks, he said.

Fine Tune airs Saturdays at 6pm on OAR 105.4FM and 1575AM. Podcasts are available from www.oar.org.nz.