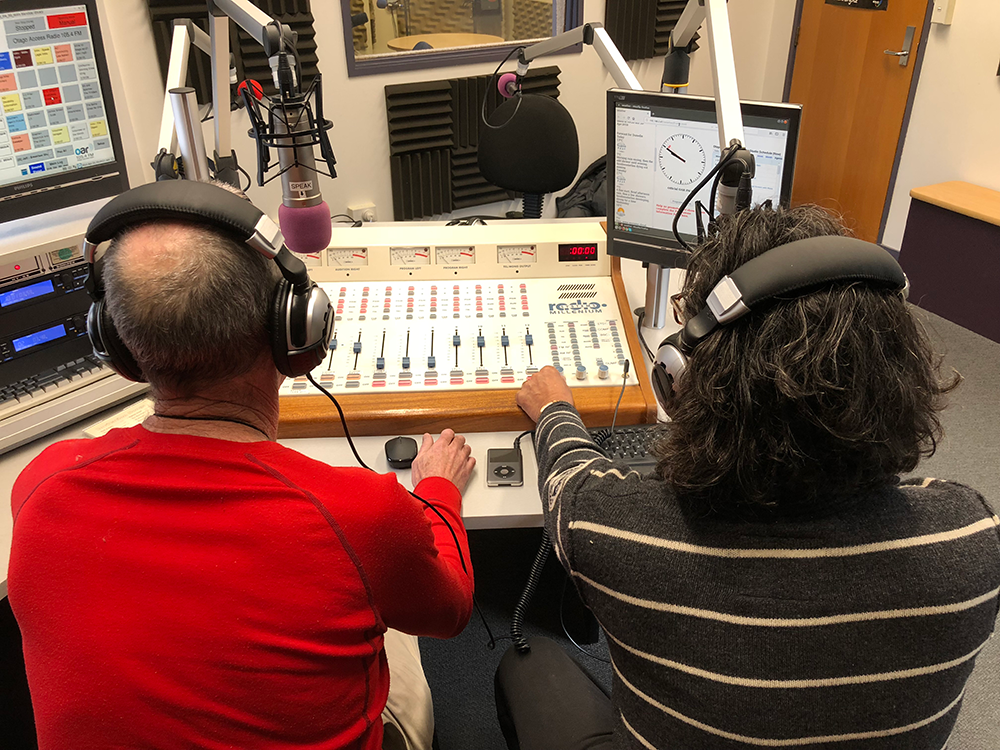 The local radio programme airs on a Tuesday evening, alternating on OAR FM on a fortnightly basis with Christchurch-based show Alcoholics Anonymous Radio from Plains FM.

“The radio show is an open meeting,” said Martin, who remains otherwise anonymous, in keeping with AA’s focus on placing principles before personalities.

“As an individual member of Alcoholics Anonymous I have one primary purpose and that is to stay sober and help other alcoholics achieve sobriety. So I see it as an extension of our regular meetings, reaching out to an audience that may not be aware of their alcoholism or may be wondering if they could benefit from AA.”

Martin’s co-host, Victor, saw the show as a means of serving in a different way from the fellowship and sponsorship offered through local chapter meetings. Sharing his experience of alcoholism was the place to start.

“I didn’t know there was a way out until I heard other people sharing my story. With that, I started to have some hope and some sense of belonging.

“That’s what I would wish for anyone out there wondering if they should give Alcoholics Anonymous a go.”

For Victor, a history of violence, jails and institutions had led to more than one attempt to deal with his alcoholism through AA, but progress was not possible until he acknowledged the full extent of his dependence and its impacts on others. Membership of AA had been transformative, but only after acknowledging he was were “powerless” over alcohol.

Martin had also reached “rock bottom” before turning his life around. It was now time to offer hope to others in a similar position.

“My hope is that the listener will see alcoholism not as a moral issues but as a mental, physical and spiritual illness, and that people can get sober, just like me.”