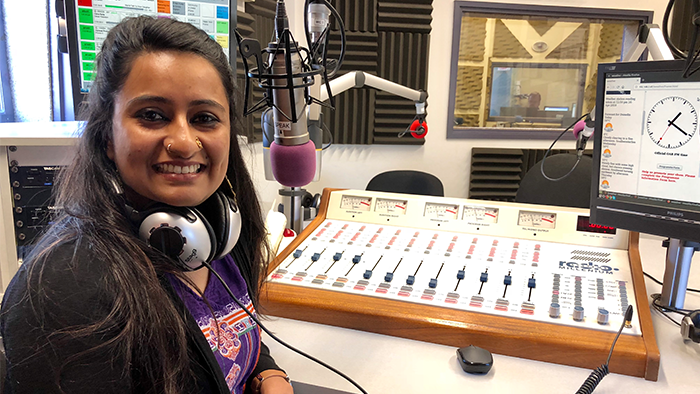 The voice of South Asian women should be stronger in contemporary discussions of feminism, says a local broadcaster.

Swaroopa Unni hosts fortnightly programme HerStory on OAR FM Dunedin. The show features profiles of Indian and South Asian women who have made a contribution to the women’s movement.

“The feminist discourse is mostly from the Western perspective,” said Ms Unni.

“The voices of women from South Asia have to come forward. We’re always on the fringes and we need more visibility.”

HerStory was an opportunity to celebrate the achievements of “everyday women, artists, performers, and women from mythology or legend”.

“It could be my mother, grandmother, auntie or friend. These women are sometimes not recognised for the effort they have put in.”

Ms Unni is founder and choreographer of Dunedin’s Natyaloka School of Indian Dance. Her ‘liberal” upbringing instilled a confidence to voice her opinions and make decisions about career and family that not all South Asian women enjoyed.

“Some women are entrapped in patriarchal ideas of how and what a woman should be. Most of the time these definitions do not take into account what a woman wants.

“I’ve seen the struggles that my friends and family members have gone through, so compared to that I’m definitely more privileged. There are women who can’t do as they wish, but that doesn’t mean they are not talented and are not part of the women’s movement.”

Podcasts could be downloaded and shared from oar.org.nz.