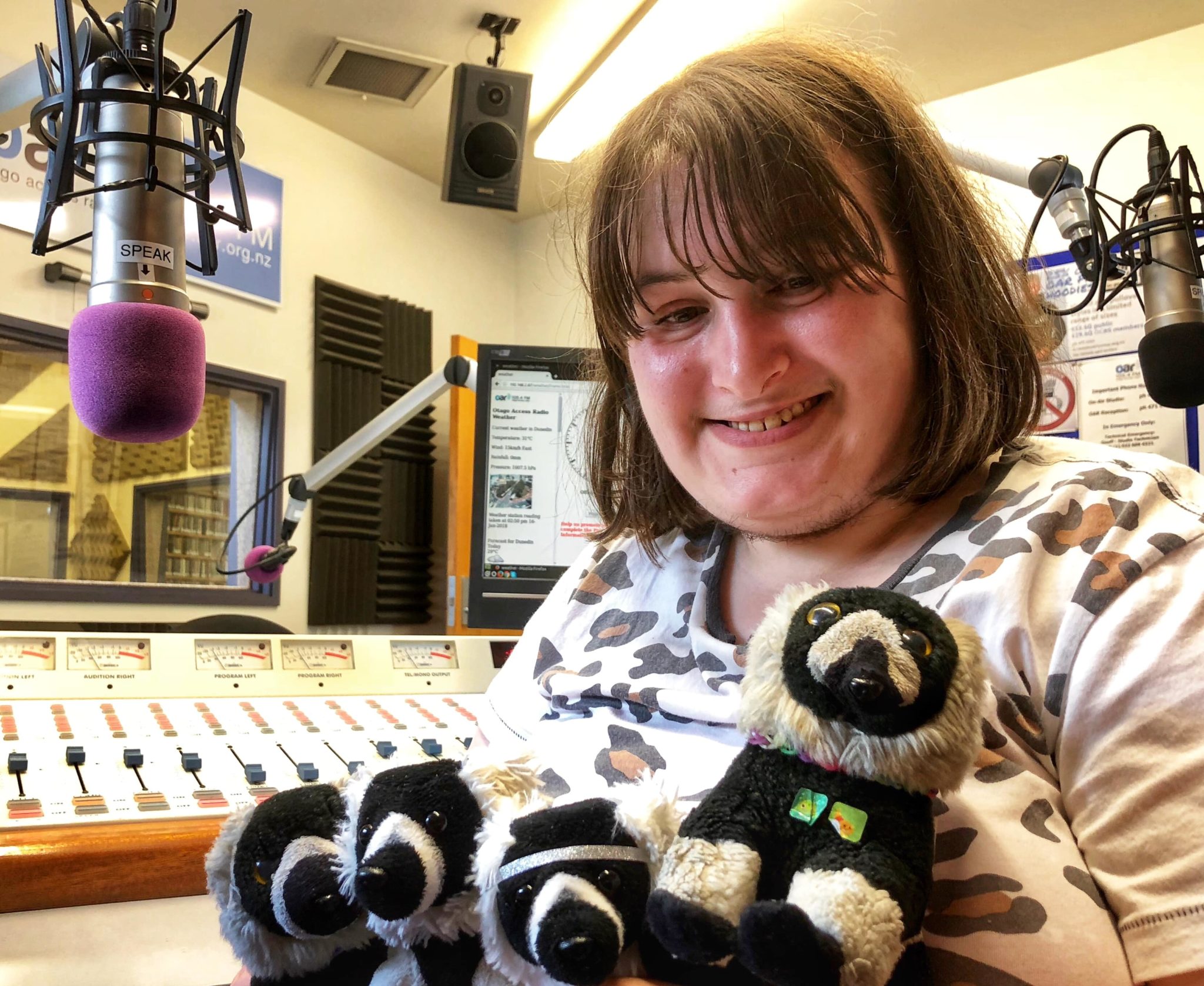 If the doom and gloom of daily news is getting you down, a new show on Otago Access Radio (OAR FM) might be the pick-me-up you need.

The Positivity Show is the brainchild of Julia Young, a Dunedin broadcaster with a determination to share the many good-news stories in her community.

Julia’s own story is a bright one. Having first got involved at OAR FM through participation in the Connections Collectionshow, made by the Connections Centre for people with high support needs due to intellectual and/or physical disabilities, she went on to take a producer’s role with IDEA Services’Switch Radio Show involving young people with intellectual disabilities who are exploring pathways to adult life.

“I thought it was time for me to evolve and broaden my skills, and I thought the best way for me to do that would be to focus on other areas such as producing and editing,” Julia said.

Not satisfied to leave her development as a broadcaster there, Julia decided to host and produce her own show, one that provided an alternative to the prevailing coverage of strife and conflict.

“I had to stop watching the news because there was so much negativity and never any good, positive stories about what was happening in the world.

“When I got the chance to create my own show, suddenly a lightbulb lit up and I thought, this is my chance to spread some positive thinking around.”

A crowdfunding campaign quickly raised the modest fee for airtime, and Julia was on her way.

The Positivity Show has to date featured interviews with Tommy Thomas, a support worker with the Switch team who has painted a mural in Stafford St, and with Jono Glassey from the Connections Centre.

Julia is joined on her programme by a “great bunch of bro’s” – imaginary lemur companions Ronnie, Ricky, Roger and Potato.

“They’ve been really good friends, to help me with the show and bring a bit of humour and fun.”

Fortnightly programme The Positivity Show next airs fortnightly Thursdays at 3pm on OAR FM Dunedin 105.4FM and 1575AM. Podcasts are available fromwww.oar.org.nz.

Photo: Nothing but good news: Otago Access Radio’s The Positivity Show is hosted by Julia Young and lemur friends (from left) Ronnie, Roger, Potato and Ricky.